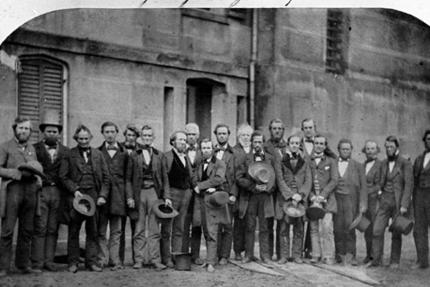 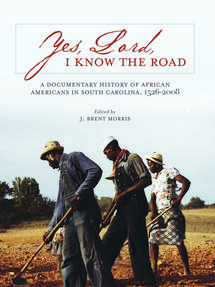 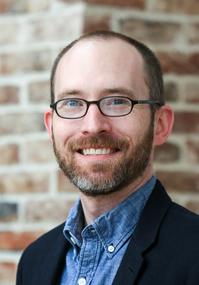 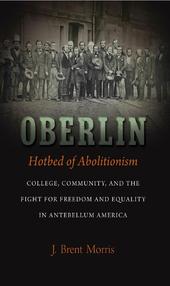 ​J. Brent Morris Brent Morris is Professor of History and Humanities Department Chair at the University of South Carolina Beaufort and Director of the USCB Institute for the Study of the Reconstruction Era. His book Oberlin, Hotbed of Abolitionism: College, Community, and the Fight for Freedom and Equality in Antebellum America was published by UNC Press in 2014, and won the Henry Howe Prize for outstanding historical monograph. He is also the author of Yes Lord I Know the Road: A Documentary History of African Americans in South Carolina, 1526-2008 published in 2017 by USC Press, and forthcoming books Dismal Freedom: A History of the Maroons of the Great Dismal Swamp, ​ The Changing Palmetto State, A New History of South Carolina from WWII to the Present (co-authored with Walter Edgar), A South Carolina Chronology, 1497-2020 (with Walter Edgar and C. James Taylor), and Reconstruction at 150: Reassessing the Revolutionary New Birth of Freedom (with Orville Vernon Burton). His scholarship has also been published in the New York Times, the American Historical Review, Slavery & Abolition, Civil War History, the Journal of Southern History,  the Journal of African American History, Southern Studies, and the South Carolina Historical Magazine. Brent was the 2010 recipient of the South Carolina Historical Society's Malcolm C. Clark Award, was named 2016 University of South Carolina Breakthrough Star for Research and Scholarship (the most prestigious scholarly award for junior faculty in the USC system), 2016 American Alliance of Museums Gold MUSE award winner (Digital Communities), and the 2018 Award of the Order of the South, the highest award bestowed by the Southern Academy of Letters, Arts, and Sciences.

​“‘I have at last found my ‘sphere’: The Unintentional Development of a Female Abolitionist Stronghold at Oberlin College," published in Slavery and the University: Histories and Legacies

​​Awarded 2018 Award of the Order of the South, the highest award bestowed by the Southern Academy of Letters, Arts, and Sciences, given for outstanding service and extraordinary contributions to education, literature, research, and history.

Presenting at the AHA January 10, 2016: "Dismal Freedom: Self-Emancipation, Marronage, and the Resistance Communities
of the Great Dismal Swamp"

"Decidedly the Best Anti-Slavery Field in the Country”: Oberlin, the West, and
Abolitionist Schism"

Morris to give USCB 2015 Convocation Address

Vernon Burton and I are editing an anthology of new scholarship on the Reconstruction Era, Call for Chapter Proposals here (deadline 6-15-15)

"That Railroad Center at Which All Branches Converged," in Oberlin Alumni magazine ​(nicely illustrated by Josh Neufeld)

Oberlin, Hotbed of Abolitionism now out from UNC Press!