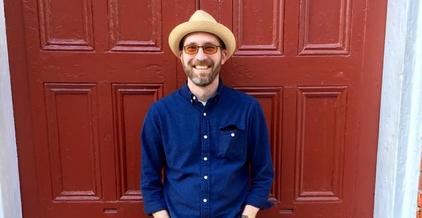 J. Brent Morris is an award-winning historian and scholar, with specializations in South Carolina history, the history of the American South, and African American history. At Clemson, he is Professor of History. Previously, he was Professor of History and founding director of the Institute for the Study of the Reconstruction Era at the University of South Carolina Beaufort.

His many publications include his prize-winning first book Oberlin, Hotbed of Abolitionism: College, Community, and the Fight for Freedom and Equality in Antebellum America (UNC Press, 2014). His 2017 book Yes Lord, I Know the Road: A Documentary History of African Americans in South Carolina 1526-2008 (USC Press) is the only comprehensive history of the five-century experience of Black life in the Palmetto State, and it informed the development of his 2020 book A South Carolina Chronology (co-authored with Walter Edgar and Jim Taylor, USC Press). His newest book is Dismal Freedom: A History of the Maroons of the Great Dismal Swamp (UNC Press, 2022), the first book-length study that fully examines the lives of maroons (fugitive slaves) and their communities in the liminal world between slavery and freedom in the swamp along the North Carolina/Virginia border. He has published dozens of other articles and essays in The New York Times, the Journal of American History, American Historical Review, and the Journal of Southern History, among others.

Dr. Morris has served as consultant and/or board member for many public-facing projects including the International African American Museum, the Smithsonian National Museum of African American History and Culture, the National Park Service, and the South Carolina Historical Association. His scholarship, teaching, and service projects have been supported by over $1.8 million in grants and fellowships.

Brent was the 2010 recipient of the South Carolina Historical Society's Malcolm C. Clark Award, was named 2016 University of South Carolina Breakthrough Star for Research and Scholarship, and was awarded the 2018 Award of the Order of the South, the highest honor bestowed by the Southern Academy of Letters, Arts, and Sciences (previous awardees include Eudora Welty and James Dickey). From 2020-2022 he was a USC System Academic Leadership Fellow.